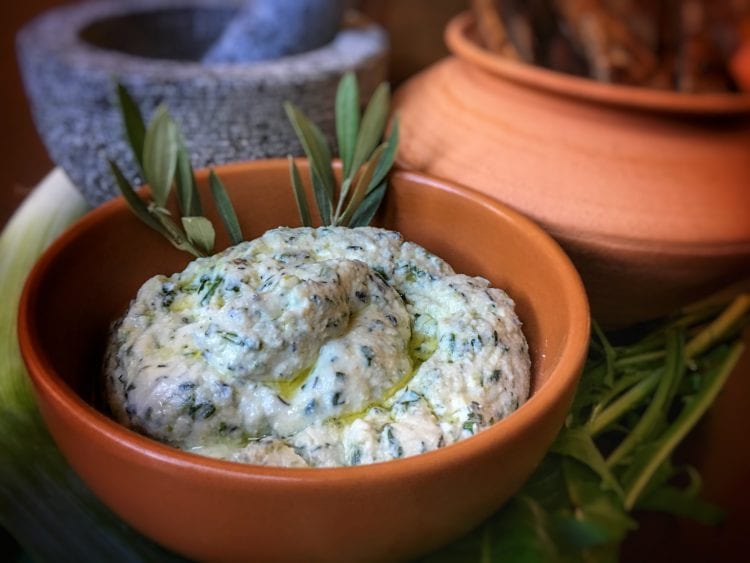 Hello good readers and Happy New Year to you! Now that we’ve all spent two weeks trying to eat healthy again after the holidays, I trust that everyone is now ready to abandon all New Year’s dietary resolutions and join me for some high-calorie Roman comfort food?…. Good! Because it’s ‘Moretum Week’ here at Tavola Mediterranea.  That’s right. Who needs ‘Shark Week’ when you can be inundated by Roman cheese recipes instead, right?!  So put down that bowl of kale and come with me, good people. We’re going to explore a calorie-rich Roman cheese ‘salad’ instead and not just one recipe for it, but three. We’re going to be swimming in moretum by the end of ‘Moretum Week’ so check back daily! But before we dive in, let’s have bit of history first…

There are several references to moretum in the Classical Roman documentary record: one from a poem in the Appendix Vergiliana (we’ll get to that, don’t worry…); and a few more from the agricultural writings of Columella (4 BC-70 AD). This post’s moretum recipe comes from our good friend Columella and his aforementioned writings entitled De Re Rustica (On Agriculture) written in circa 60/65 AD. It’s a great place to start on the moretum scale of complexity as this recipe is the most basic version documented. It’s mild, creamy and the herbs give it a fresh, summery flavour.

“Put into a mortar savory, mint, rue, coriander, parsley, chives or green onion, leaves of lettuce, rocket, thyme and catmint, and fresh (new) cheese and salt. Mix thoroughly and mix in a little pepper. All these measures were ground in a like manner; this mixture is served with a little oil on the top.”

3. Once you’ve reduced all of your herbs and greens, you’ll want to add in the cheese, salt and pepper. You can mix everything together in a large bowl or in the mortar bowl if you are using one with a larger basin. Mix the cheese, salt and pepper in to suit your tastes as I am sure our friend Columella did as well. Free free to use some or all of the cheese called for in this recipe. Texture can be thick or creamy; I prefer mine to be on the thicker side so I can scoop it up with flatbread.

4. Once you’ve achieved the texture that you like, transfer the moretum into a serving bowl and drizzle it with some peppery, fresh olive oil. Note: I piped my moretum into the serving bowl for clean presentation. Serve with fresh-baked Panis Quadratus or Tracta and enjoy!

What stood out for me the most in tasting my first attempt at Columella’s basic Moretum recipe is how fresh and summery the flavours were. This recipe is simple but the flavours are bold and bright. The mint is very pleasant in the mix and the olive oil (I used a punchy, peppery Sicilian DOP) seems to open everything up a bit more and lend an overall peppery flavour to everything. The best part of the recipe is, however, the cheese; it’s very comforting, pleasing and filling. Coupled with fresh baked bread, it is easy to understand why Moretum was a favoured and regular Roman meal. So much so that Columella decided to document how to make it. But he wasn’t the only Roman writer who documented Moretum. The next post for ‘Moretum Week‘ is going to feature a very different version of a Moretum recipe, one that packs a flavour-filled wallop that may see you overcome with tears and then thrown out of the house after eating it…. or, at the very least, getting the bed to yourself that night…. Sounds pretty lovely, doesn’t it? 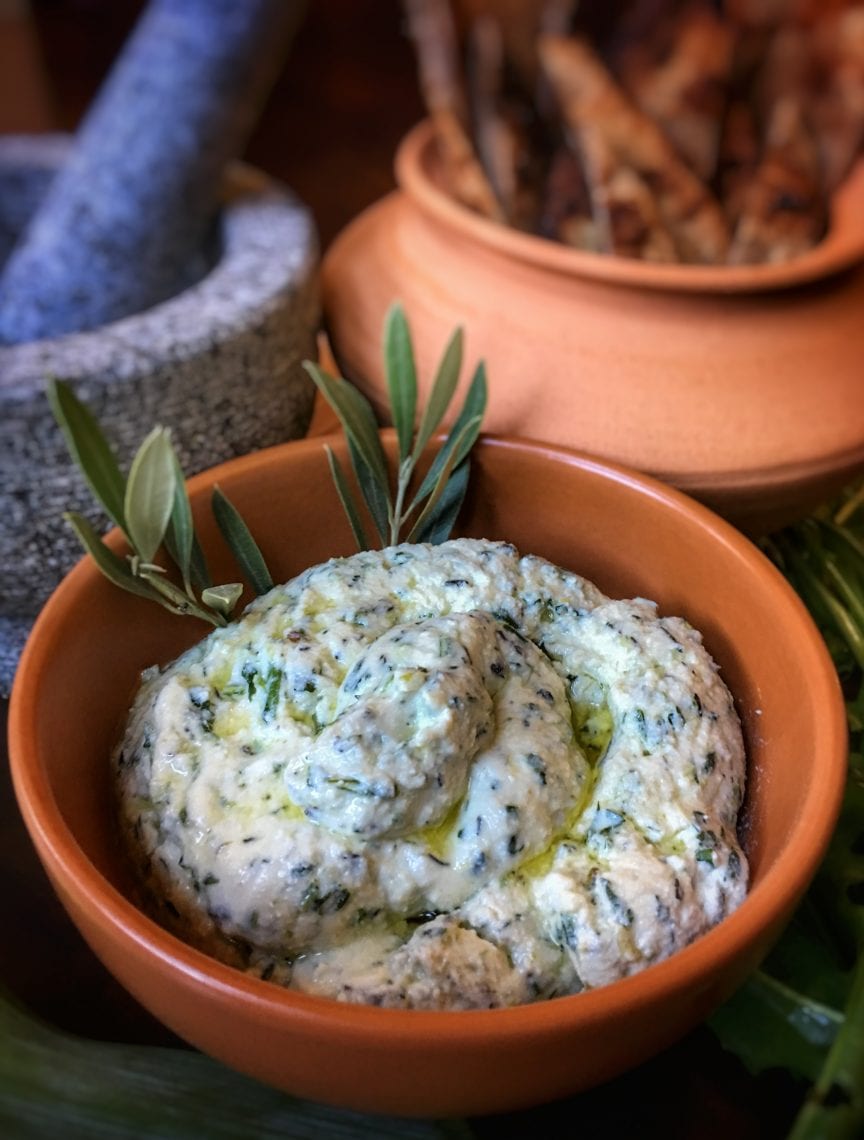