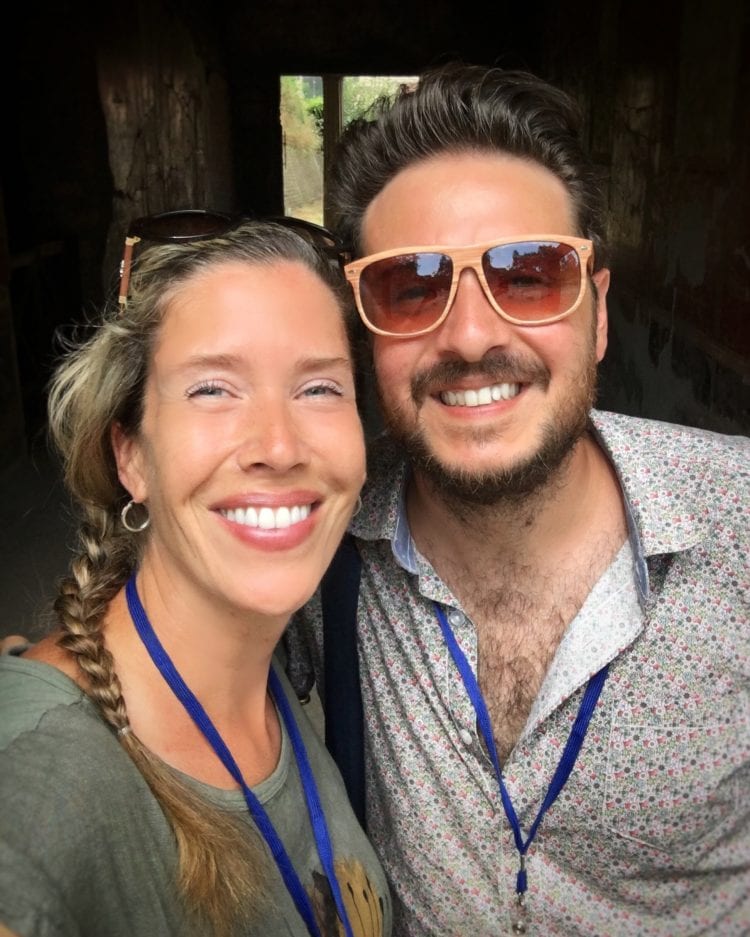 Farrell Monaco is an award-winning Classical archaeologist, baker, and food-writer whose research centers on food preparation, breads and pastries in the Graeco-Roman Mediterranean. She holds a BA (hons) and MA (hons) from the School of Archaeology and Ancient History at the University of Leicester in Britain and is also a current honourary visiting fellow at the same institution. She is also an Associate of St. George’s House, Windsor Castle. Farrell has worked as a team-member on Roman food archaeology projects at Monte Testaccio (Rome, Italy) with CEIPAC (University of Barcelona); The Pompeii Food & Drink Project (Pompeii, Italy) with an American university consortium; and Investigating the Archaeology of Death at Porta Sarno Necropolis (Pompeii, Italy) with Universidad Europea de Valencia.

Outside of her academic foci at the University of Leicester, Farrell is known for her public education work and experimental archaeology projects where she recreates Roman foods using instruction and ingredients sourced from the archaeological, written and pictorial records. She writes regularly on the role of food and food preparation in Roman daily life on her site, Tavola Mediterranea, and publishes in both English and Italian. Farrell has written exclusively for Atlas Obscura and her work has been featured prominently by National Geographic, Popular Science, Esquire Magazine (Italy), Men’s Health Magazine (Spain), The Atlantic, Atlas Obscura, SAPIENS Magazine, the BBC, The Guardian, The Economist, Milk Street, Dissapore Magazine (Italy), Fox LA, The Ancient History Encyclopedia. In November of 2020, Farrell co-produced, wrote and presented a video on the history of the date palm fruit with The Getty Museum in Los Angeles, USA.

Farrell is currently awaiting publication of her first book chapter in The Bloomsbury Handbook of Experimental Approaches to Roman Archaeology. In March of 2022, she joined the ranks of Buddy Valastro, Tartine, and Nancy Silverton by launching her own online bakery – Pistrinum by Tavola Mediterranea – in partnership with Goldbelly, Inc. All proceeds from the recreated Panis Quadratus loaves are donated directly to Forum dei Giovani, a youth charity association in Pompei, Italy.

Farrell currently sits on the Media Relations Committee of the Society for American Archaeology and is an active member of EXARC, a global organization of experimental archaeologists. She resides in Malibu, California with her husband and 3 dogs.

A long-time resident of Scafati (Campania), Raffaele Cirillo is a beloved fixture in his community and at the archaeological site of Pompeii. Having worked for 2 years as director of the publishing house Edizioni Flavius, Raffaele has been an integral player in publishing books related to the archaeology of Pompeii and the surrounding Bay of Naples area. In 2015, Raffaele began working as a project manager for various archaeological projects in Pompeii and Rome. In 2018, he and Farrell met while working together on a dig at Pompeii and it was there, among the ruins and stray dogs, that through their mutual love of archaeology, food, and animals, they formed a sibling-like bond and a desire to work together on future projects.

In addition to his work with Farrell, Raffaele’s other projects involve writing for Il Gazzettino Vesuviano covering the ancient and modern cultural heritage of the Vesuvian people and territories. A naturalist at heart, Raffaele finds beauty in animals, nature and plants. In his spare time, he also volunteers in hospitals and retirement homes serving the communities of Pompei and Scafati.

Press, media and interview requests can be directed to: [email protected]

American and UK event booking inquiries can be directed to: [email protected]

Italian event booking inquiries can be directed to: [email protected]