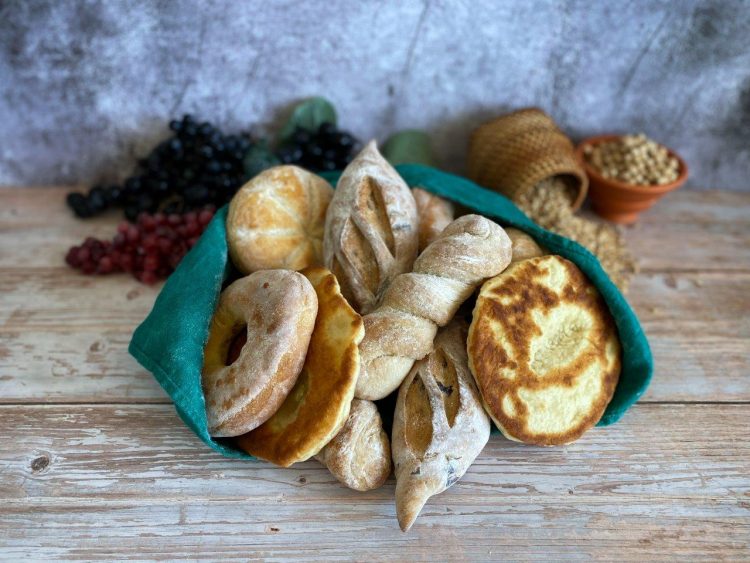 Have you ever wanted to experience the foods of Ancient Rome? Now you can! Farrell Monaco is a Roman archaeologist, baker, and writer whose research centers on food from the Roman Mediterranean. Farrell is renowned for her experimental archaeology projects, and she recreates Ancient Roman recipes using techniques and ingredients sourced from archeological research in addition to ancient texts and art. In 2021, she launched her online bakery, Pistrinum, on a mission to revive ancient Roman cooking traditions and recreate breads and pastries enjoyed thousands of years ago in Ancient Rome. It’s archaeo-culinary craft in action!

Monaco’s signature baked goods are made using (very) old-world methods, and they’re available exclusively on Goldbelly. Her creations include Panis Quadratus loaves found in excavated ovens in Pompeii, Roman Rosettes made with savory spices praised by Pliny the Elder, crunchy-crusted bread rings (Ciambelle) milled with chickpeas, Roman fry-breads written about in Virgil’s “Aeneid,” and sweet fried honey fritters called Globi from the writings of Cato the Elder. Order these for delivery direct to your domus, and eat like an Ancient Roman!

Explore the growing selection of breads at Pistrinum on GOLDBELLY!