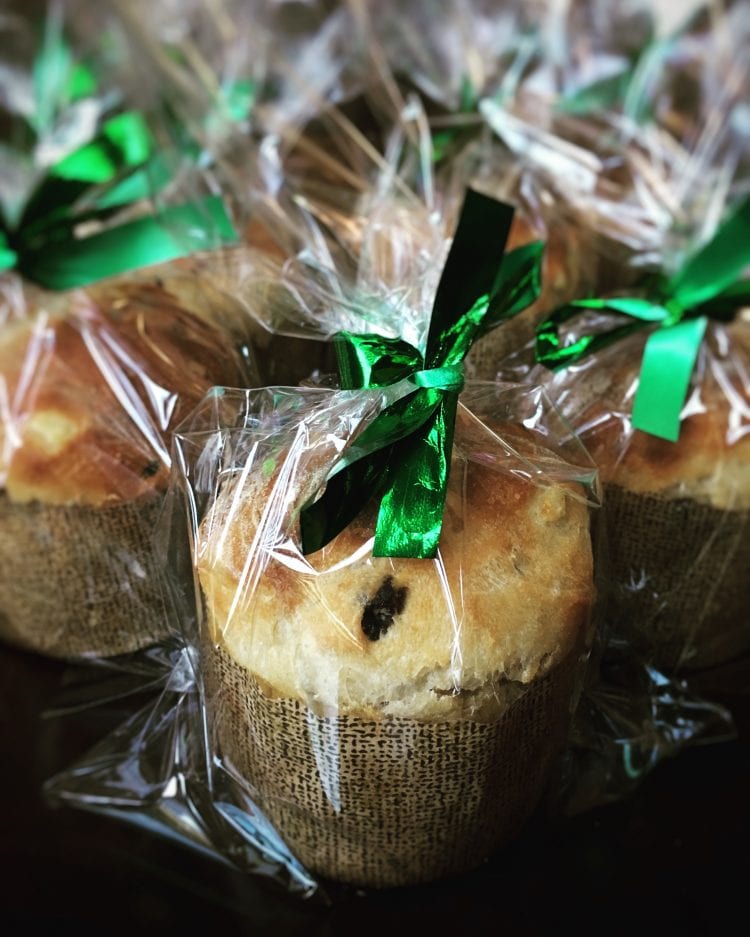 This recipe is a smaller take on the popular Italian Christmas fruit-bread, Panettone.  ‘Personal Panettone’, I call them, or Panettoncino if you want to be linguistically correct!  These little darlings are not only simple to make, they also make great Christmas projects for the children and a terrific gift for friends and family.

The etymology of the word ‘Panettone’ is also quite interesting: Panetto, pane-etto, means small bread.  But Panettone, Pane-etto-one, means small-large bread!  So what we’re preparing in this recipe, panettoncino, is small-large-small bread; a conundrum indeed!  No matter! It tastes terrific, so let’s get cracking, shall we?

The first thing you’ll want to get your hands on are panettone papers, or shells.  These are pre-formed waxed-paper shells that you can find at most cooking shops during the Christmas season. These decorative shells eliminate the need for baking the loaves in soup or coffee cans and there’s no need to oil them either.  Line your shells up a good inch apart on a baking sheet and begin preparing the dough. Note: Do NOT preheat your oven and reserve your egg whites! If you’re planning to use these as small gifts or stocking stuffers, it’s a nice finishing touch to wrap them in cellophane and tie the top shut with a ribbon making the whole package both delicious and adorable. 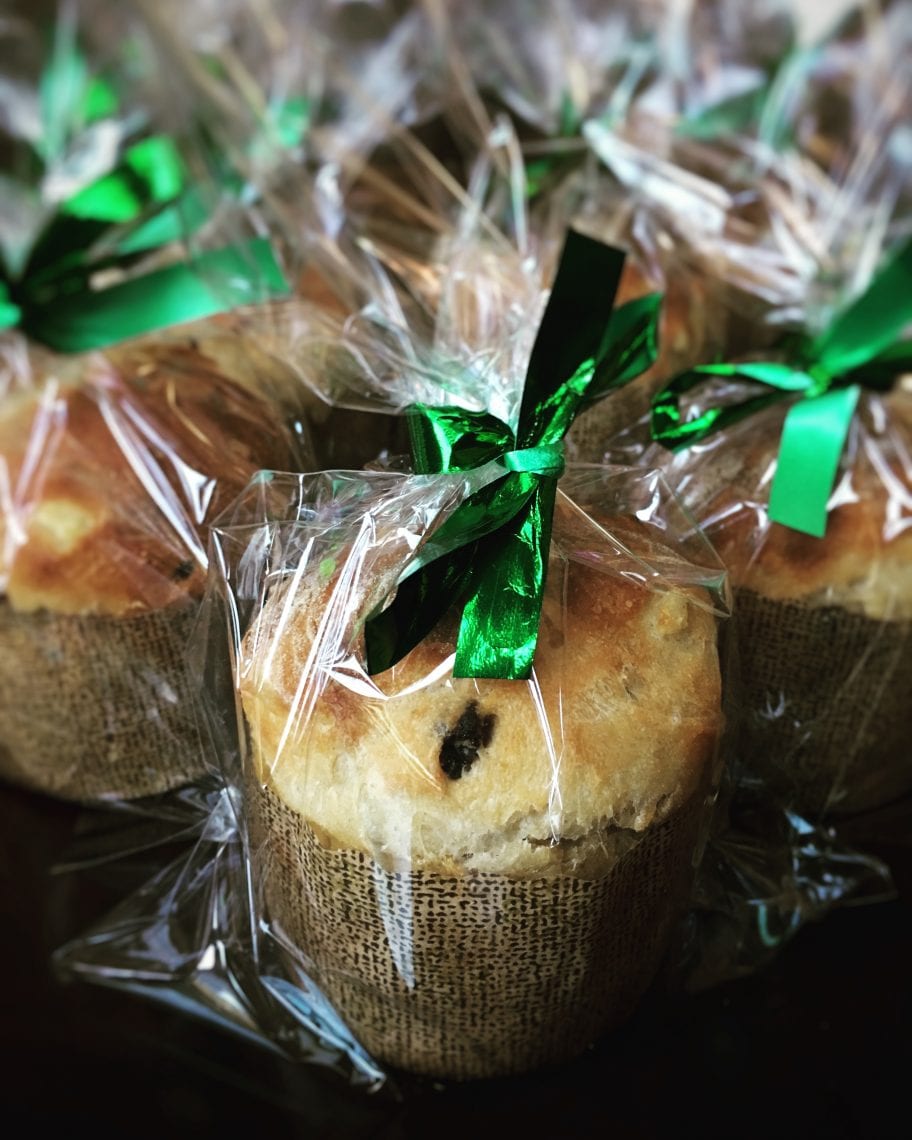