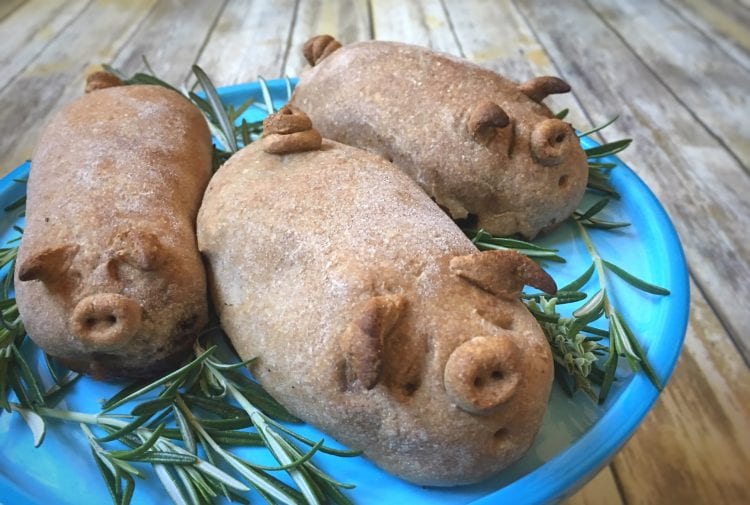 Good day, good readers and a happy April to you! Spring has sprung! The dawn of a new summer is just around the corner and many of us are starting to crawl out of a long winter’s hibernation, wrapping up a year of income taxes (yuck!), and getting ready for the new adventures that the summer ahead will bring! Who doesn’t love summer, right? The flowers begin to bloom, the garden starts producing and the days are much longer and filled with life-giving sunlight! Spring and summer truly are my favourite seasons of the year as it usually involves three of my favourite things: travelling; gardening and cooking. Summer itself tends to be a season of elective reading for me as well. By this I mean that I finally get to set aside my amphorae catalogues and burnt bread photographs for a spell and jump head-first into a juicy fiction novel instead! One that is full of captivating characters, fascinating settings, and storylines that hook me while I’m reading them and then linger long after I’ve put the book down. You know the type… the book that whisks you off the planet every time you pick it up and then plummets you into the nine circles of hell after you’ve finished it. The book that makes your whole family avoid you for weeks after you’ve put it down because you can’t stop staring off into space or bursting into tears at the dinner table because when that book ended you had to return to reality and say goodbye to those characters and those settings that you adored so much! One such book for me was Crystal King’s “Feast of Sorrow: A Novel of Ancient Rome” (2017). If ever there was a book that I wanted to eat or turn into a garment that I could wear forever, this was it.

King’s 406-page novel is set in the 1st century AD in the household of a wealthy Roman gourmand known as Marcus Gavius Apicius: a name that is synonymous with one of the world’s first recorded cookbooks. Who is Apicius? It is assumed that a man named Marcus Gavius Apicius was the creator or original compiler of the oldest surviving collection of recipes in Roman history: De Re Coquinaria (1st c. AD). The surviving written manuscripts of the Apician recipes date much later, however, as the collection that we study and refer to in the modern era was formally compiled and recorded in the Late Roman or Early Medieval period.

In the Roman documentary record, Apicius is referred to several times by writers such as Athenaeus and Seneca; he was said to have been an epicure who enjoyed the excesses of life and had food and dining standards that were almost impossible to meet. Pliny the Elder says the following about Apicius: “Apicius, the most gluttonous gorger of all spendthrifts, established the view that the flamingo’s tongue has a specially fine flavour” (Pliny, Naturalis Historia, X.133 – 77 AD); and “Apicius, that very deepest whirlpool of all our epicures, has informed us that the tongue of the phœnicopterus is of the most exquisite flavour” (Pliny, Naturalis Historia, X.68 – 77 AD). Marcus Gavius Apicius was clearly an intriguing figure, one whose tastes were respected, and one that many loved to write about in the ancient Roman written record. In the modern era, Crystal King took this several steps further by constructing an entire novel around fictional characterizations of Apicius, his family and staff, and a glimpse into what his life could have been like inside both his home and his social circles. Narrated by Thrasius, Apicius’ prized slave and favourite cook, King’s novel takes us into the heart of Apicius’ ambition: To win favour among the Roman political elite through food and extravagant dinner parties. More importantly, however, the novel takes us into the lives of all of the people around Apicius who work tirelessly to make his ambitions possible. Most of us know what ambition cost our dear friend Apicius and “Feast of Sorrow” doesn’t spare its readers any of the hazards that are part and parcel with rubbing elbows in the circles that Apicius circulated in. Of course, one of the most enjoyable aspects of this novel was that it was centred on Roman food preparation, daily life in a Roman kitchen, and dining practices. By now, you’re beginning to understand why I loved this book as much as I did… The Apician recipes from De Re Coquinaria were interwoven into the story, into Apicius’ plots with Thrasius, and were featured prominently in the kitchens and on the dining room tables throughout most of the novel. It was this delightful aspect of King’s novel that I had missed the most after I had put it down, so much so that after a few weeks of pouting I decided that I was going to try to revisit these characters again by recreating some of the recipes that were made in Thrasius’ kitchen. This recipe for ‘Vatia’s Pastry Pigets’ is one of them.

In chapter 2 of “Feast of Sorrow”, Thrasius is newly installed as the head chef in Apicius’ kitchen and he begins to interrogate the kitchen staff in an effort to assert his authority and to find out who the reliable workers were among his new staff. While observing the resident pastry chef, Vatia, working with her pastry dough, Thrasius is pleasantly surprised by her talent and creativity:

“Vatia was no longer looking at me; she was rolling a round of dough around one of the hams, which had been scored, smeared with honey, and stuffed with figs. Her method was precise and the dough formed perfectly around the meat in a way I had never been able to achieve before. “I see what you mean about chilling the dough,” I said, amazed. “This is what I wanted to show you.” She directed my gaze toward a few strangely cut pieces of dough in front of her. “I don’t understand.” “Watch.” She picked up the pieces and attached them to the pastry-wrapped ham, her thin fingers carefully sealing the pieces of dough to the ham by dipping them in water. In a few moments she sat back. “It’s a pig!” I exclaimed, pleased with the ears and snout she had added to the ham.”

Seriously, who wouldn’t “squeeeee” and the sight of a pastry piglet complete with little pastry piggy ears and snouts? I certainly did when the image came to mind. So, I decided to recreate this recipe, just for fun, as I could literally picture the little pastry piggy in my head as Vatia presented it to Thrasius in the above exchange. Now, there are no pastry piglets in the Roman archaeological record but one can dream, right? You won’t find the recipe in De Re Coquinaria either but I believe that Vatia’s pastry piglet is likely based on the Apician recipe for pastry-wrapped ham which is recorded in Chapter 7 ‘Luxury Dishes’ (9.1).

So! With that preface, let’s tie the donkey to the quern-stone, dust off our mortars and pestles and prepare a few pastry piglets! Here’s what you’re going to need:

The only resource that we have for making Roman pastry dough is reference in the documentary record, and one recipe, for something called ‘tracta’. Tracta is believed to be a durable, unleavened ‘biscuit’ that had many uses in Roman food preparation. It was used as pastry dough as well as a thickening agent for stews. Tracta may have also been a perfect eating ‘utensil’ for soups and stews considering its durability. Regardless of what form tracta took as a consumable, it was certainly a brilliant way to preserve flour through the winter months.

To make tracta, Cato informs us of the following method in his recipe for ‘Placenta‘ (a tiered, cheese-based dessert used for ritual purposes), where he uses the tracta as a crust or pastry layer:

“Materials, 2 pounds of wheat flour for the crust, 4 pounds of flour and 2 pounds of prime groats for the tracta. Soak the groats in water, and when it becomes quite soft pour into a clean bowl, drain well, and knead with the hand; when it is thoroughly kneaded, work in the 4 pounds of flour gradually. From this dough make the tracta, and spread them out in a basket where they can dry; and when they are dry arrange them evenly. Treat each tractum as follows: After kneading, brush them with an oiled cloth, wipe them all over and coat with oil. When the tracta are moulded, heat thoroughly the hearth where you are to bake, and the crock. Then moisten the 2 pounds of flour, knead, and make of it a thin lower crust.”

Here is how I prepared my tracta (pastry) dough for this recipe:

Ham: Chapter 7 (9.1): “Boil the ham with plenty of dried figs and 3 bay leaves, remove the skin, score the meat in a grid pattern and fill the cuts with honey. Then coat it with a dough made of oil and give it a covering, so that when the dough is cooked you take it out of the oven and serve it as it is.”

(Translation from Latin to English from: “Apicius” by Christopher Grocock and Sally Grainger, 2006).

There is some historical information with respect to why the Apician recipe for pastry-wrapped ham may have been prepared as it was recorded in De Re Coquinaria, and it’s not very pleasant at all: Romans often starved and then force-fed pigs with figs and alcohol in order to fatten the liver and kill the pig quickly as their stomachs expanded during the process. The pig was, literally, stuffed with figs. We can see this process mirrored in the preparation and presentation of the Apician pastry-wrapped ham recipe itself.

Note: I chose to use pork tenderloin to make this recipe rather than ham as I faced two challenges when considering the use of ham: shaping and stuffing it would be awkward; and you can rarely find small portions of fully rounded, whole ham at the markets. Had I used a whole ham I would have produced one heck of a giant pastry piglet. Now, this does not mean that it should not be done; a family-sized pastry pig would be absolutely stunning on the table. For this recipe, however, I chose to make small, single-serving piglets out of pork that I could then ‘stuff’ easily with a fig-paste in a roulade form.

Here are the steps to prepare the pork filling: