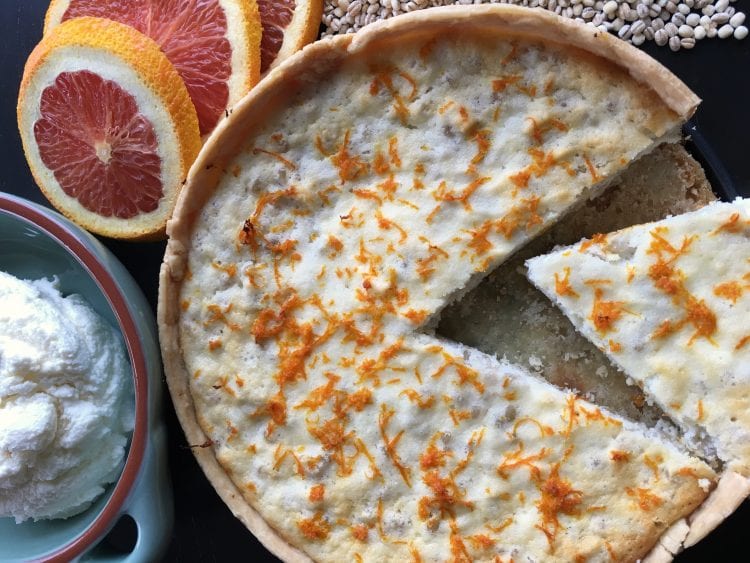 Last summer was one of the greatest summers that I’ve ever spent in Rome. I had the pleasure of working at an archaeological site, Monte Testaccio, in Testaccio, excavating and cataloguing thousands of amphorae potsherds with ArchaeoSpain and CEIPAC (University of Barcelona).  More importantly, however, I had the pleasure of working alongside a group of friends (The A Team) that I sincerely hope I’ll be in touch with for the rest of my life. As “The A Team” (A is for archaeology, by the way…) we worked together at the site washing pottery, reading epigraphy, labelling, and sorting sherds, while discussing 80s hairdos, our favourite bands, and what we were going to make for dinner that night. We had also discovered a family-run salumeria on Via Marmorata called “Volpetti” and we returned there almost daily to get items for dinner.

Walking in to Volpetti is a bit like walking into St. Peter’s Basilica for a devout Catholic… when you open the door and take in the surroundings it makes you want to fall to your knees. In fact, Volpetti made Jon (top, centre) so happy that we thought it might erase the stars from his eyes after he had bumped into Rachel Roddy at the Testaccio Market the week before. Forget about Rachel, Jon, there’s a wall of cheese over on Via Marmorata!

After opening its doors in 1973, Volpetti quickly became Rome’s most reputable source for fine cheeses, meats and oils. Supposedly, it’s also one of Anthony Bourdain’s favourite pit-stops when he’s in Rome. Located in what has always been Rome’s food quarter, from the dawn of the Roman Empire forward, Volpetti has everything to tempt the italian foodie. Under its roof you’ll find homemade breads and pastas, olive oils, meats, cheeses, tarts, seafood, pastries, desserts and more. During our field season, Jon and I had become particularly enamoured with something that they made in-house that we never see this side of the Atlantic: Torta di Farro. It’s a simple, fresh and unassuming tart that can be made sweet or savoury. The combination of ricotta and farro makes it filling but not too rich. I think “The A Team” probably went through 8 trays of torta di farro during our stay.

After our return from Rome, Jon and I respectively spent weeks trying to master our own versions of Volpetti’s ‘Torta di Farro’. I know he made a stellar version himself, this version below is mine. While Volpetti prepared their torte in large, deep, square pans, I am making mine in a shallow circular pan instead. I have chosen to add a teaspoon of Orange Blossom Water and some orange rind to the top to give it a slight floral hint that goes very well with the fresh, clean flavour of the ricotta. If you cannot find farro in your area, feel free to use barley. Farro is not as common outside of Europe as you would expect, but it’s catching on! There’s something very charming and humble about this tart. Not too fancy, not too rich… but one thing is guaranteed: you won’t be able to stop making it! But before we try our hand at matching Volpetti’s incredible Torta di Farro,… a bit of history first!

The history of Farro itself can be a tad confusing as it’s often simply a term that is used to describe three strains of ancient wheat that were originally culivated in the near-east: emmer, einkorn and spelt. Often times you’ll see whole-grain emmer, barley or spelt interchanged and called ‘farro’ in European and Italian cooking. It has long been a part of cuisine on the Italian peninsula. Pliny the Elder (Natural History) mentions that it was once called ‘far’ or ‘adoreum’ and also notes that it was once used in sacrifices or offerings, which indicates that it was a precious or valued crop among the early Romans. In a modern context, we now see farro making its way on to the tables of homes and restaurants in Europe and North America as it rides the wave of the ‘ancient grain’ food trend that we’ve seen grow over the last decade. Let’s hope that it eclipses that annoying and ubiquitous quinoa in the years to come…

So with that brief bit of history, let’s roll up our sleeves! Here’s what you’re going to need:

You can skip this step by being cheeky and buying ready-made pie shells but if you want to make your own, just keep following along… Prepare the pastry dough by cutting the butter and milk into the dry ingredients in a large mixing bowl or in a food processor. Do not heat or warm the butter, cut it into the flour mixture and let it blend and warm as you go. Once the dough is formed, cut it in half and wrap each piece in plastic wrap or place into a ziplock bag. Set aside in the fridge for 30 minutes and begin preparation of the ricotta and farro filling. This recipe is proportioned to make two 8″ circular tarts.

Beat the egg whites, sugar and orange blossom water together until the mixture it thickens and forms

peaks. Add the ricotta and farro (or barley) into a large mixing bowl and add the beaten egg white mixture into it, gently, folding it all together with a spatula or spoon. Let stand while you line your baking dishes with the pastry dough. Use two standard 8″ ceramic pie dishes or two 8″ circular spring-form baking pans. Remove your dough from the fridge and roll it out. Line enough dough in the pans to reach 1 to 1-1/2 inches from the bottom. You can cut the edges of the dough beforehand using the pie-tray as a guide.

Before pouring the filling onto the pastry, pre-bake the shells first for 5 minutes to ensure that the bases are slightly baked. Important! This will maintain a strong bottom and will also ensure that base isn’t uncooked or soggy once you pull it out. After 5 minutes of pre-bake, remove the shells from the oven and add the filling, dividing it evenly between the two pans. Pat the filling down gently to disperse it evenly and sprinkle grated orange rind liberally over the top. Bake for an additional 55 minutes or until the top is a slightly domed and a pale golden colour. Once the top is golden, remove the tart from the oven and let stand until room temperature before serving. This tart will keep a few days in the fridge as well and is delightful served cold!

Feel free to leave comments or questions about this recipe below.

Buon appetito and good eating to you! 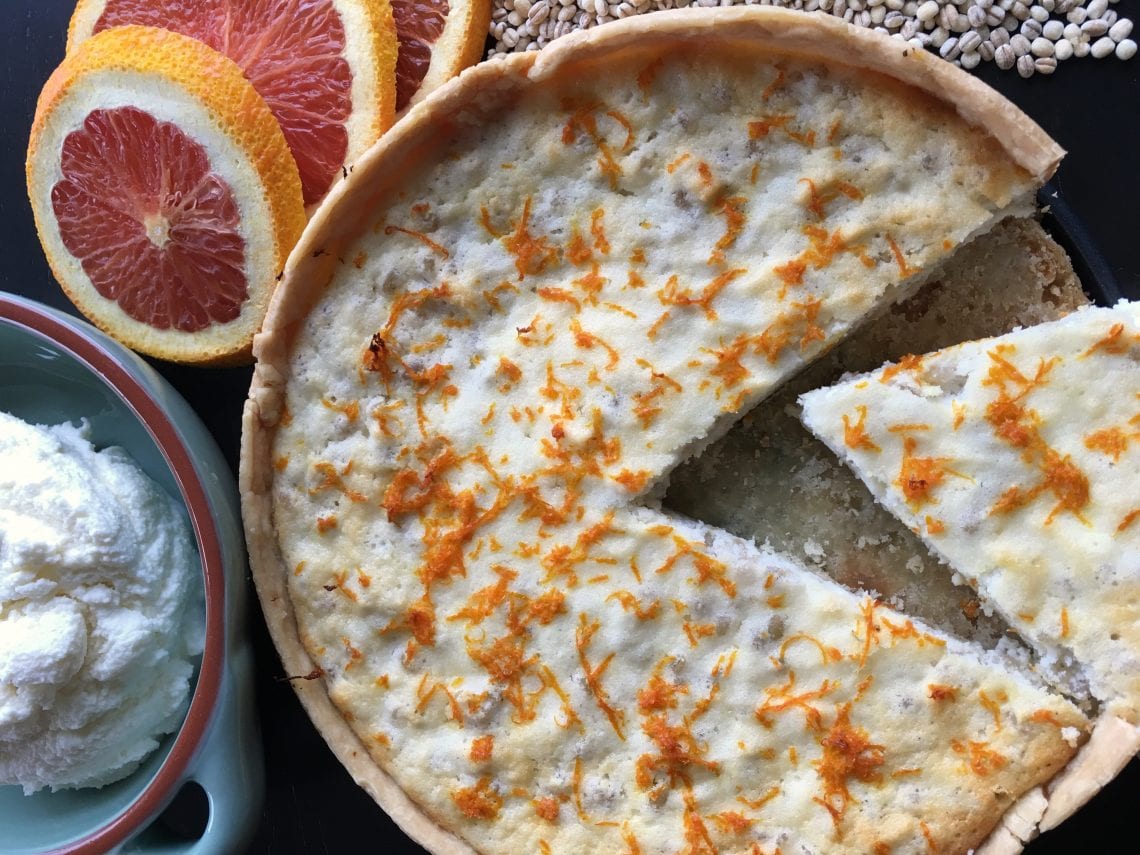