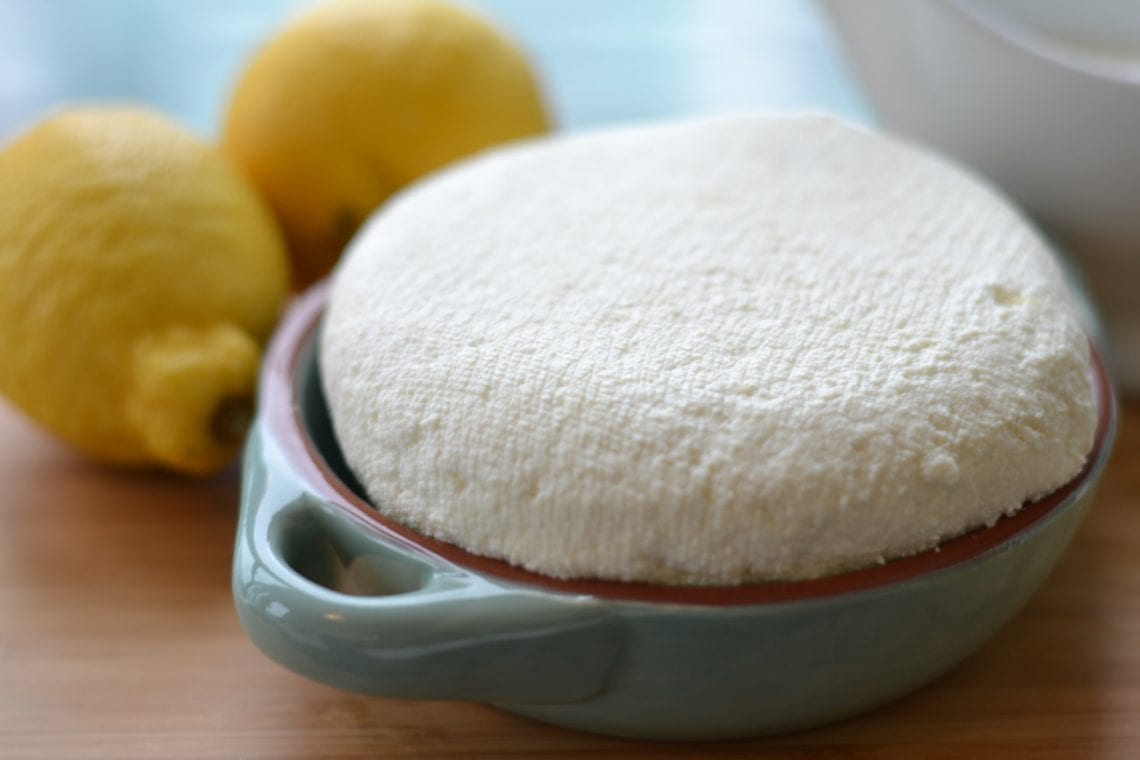 Cheese.  By God if there is a food product that I cannot get enough of, it is cheese.  I was asked a very interesting question once: If I was forced to give up one of these two foods: chocolate; or cheese… which would it be?  There was no question in my mind.  I’d happily give up chocolate any day to keep the cheese.

Pour the milk, salt and cream into a large pot and boil it on high while whisking it until it reaches the boiling point and froths. This will take about 10 minutes. Don’t walk away and chat on the phone or you’ll burn the milk!  Keep whisking… Once the milk froths and flares up, turn the element off and cut and squeeze in the juice of 2 lemons. Stir the lemon juice into the milk and then leave it stand for 15 minutes until the milk curdles and the whey separates. Line a sieve with cheesecloth and pour the curds into it straining off the whey. Leave the curds to cool for 30 minutes. Once the whey has drained tie the cheese cloth tight around the curds and give it a light squeeze to get rid of any excess whey. Use a clip or tie a strong knot with the edges of the cloth snug around the curds and refridgerate overnight in the sieve with something heavy on top of it to press it down and release excess whey (I used my small cast-iron Le Creuset pot and it worked like a charm!).  In the morning you will have a firm and creamy ball of fresh ricotta to use in your baking, on your pasta, or in your cannoli!

Buon Appetito and good eating to you. 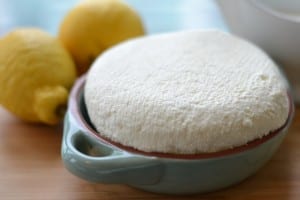