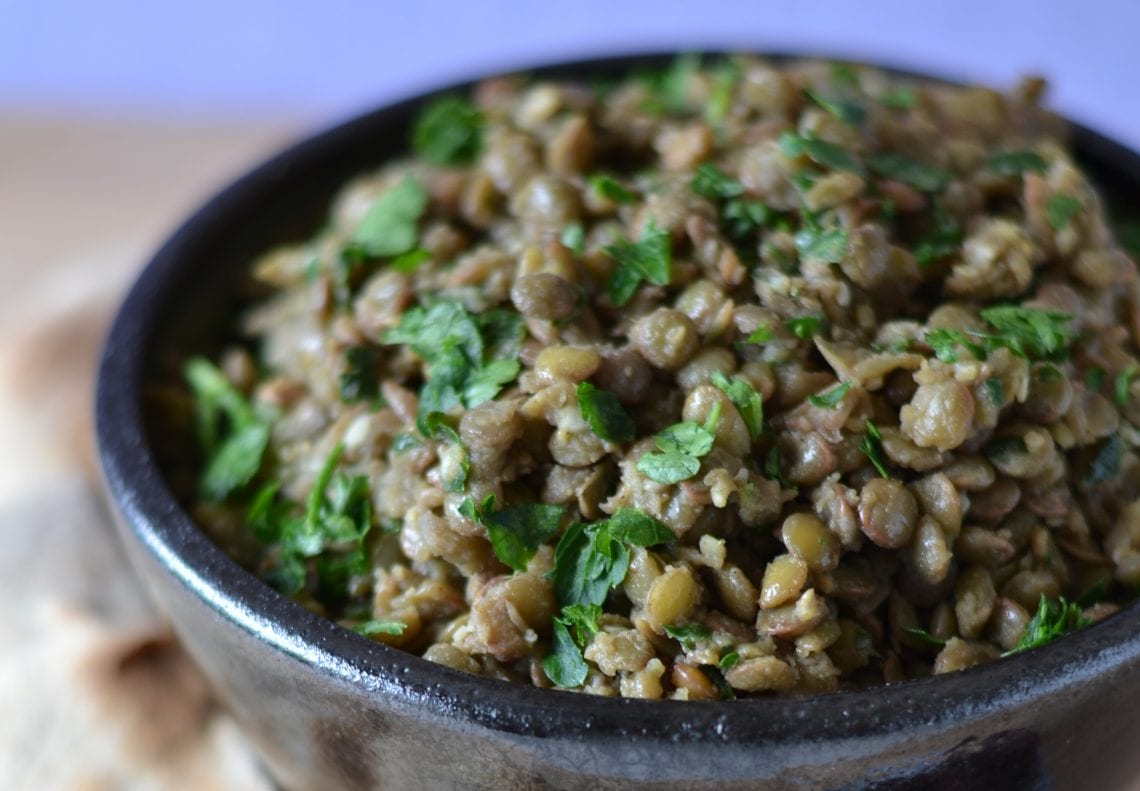 Oh the humble, simple lentil.  Small, nondescript and bland, this legume has always been a bit-player on the stage who rarely gets a chance to strut and fret his hour in the spotlight.  Lentils may be a tad dull and bland, but they are inexpensive, filling, nutritious and very easy to make.  Historically they have been a staple in the human diet in the Levant and Mediterranean civilizations since time prehistoric.  During the Christian religious fasts of Lent they were also used as a meat substitute.

In the modern era we find lentils to be present and popular in middle eastern and Indian cooking as well as in western vegan and vegetarian cuisine. But does anyone, anywhere, really enjoy eating them at all?!  Why do we buy this boring legume and cook it to a pulpy mush that never seems to quite please the palate?  During my vegetarian years I used to struggle a fair bit with cooking lentils and eventually set them aside as they were more punishment than pleasure for someone trying to create palatable vegetarian meals.  Years later, and back on the meat, I find myself confronted again with presenting a lentil recipe for Tavola Mediterranea. One cannot write about, and cook, Mediterranean cuisine and avoid the lowly lentil.

For this post I have decided to turn to a pro and use a recipe from www.cliffordawright.com.  Clifford A Wright won the James Beard/KitchenAid Cookbook of the Year award and the James Beard Award for the Best Writing on Food in 2000 for his book  “A Mediterranean Feast” which was also a finalist for the IACP Cookbook of the Year award.  I have recently purchased this book and am looking forward to trying out more of his recipes here on Tavola Mediterranea.

One reason I wanted to feature this recipe is that I have not yet dabbled in Egyptian cuisine.  I also wanted to find a lentil recipe, from a Mediterranean country, that would entice myself and other foodies to cook more with the little legumes.  I wanted to find a recipe that would pack a punch and change the way that I feel about using lentils in my meals.  It appears that I hit a culinary jackpot when I found that very recipe in Clifford A Wright’s “A Mediterranean Feast”.  “Lentil Salad in Olive Oil with Egyptian Spices” forever changed my opinion of lentils and I make this recipe a few times a month now.  The key is boiling the lentils al dente and then dressing it with the spiced garlic and olive oil sauce at room temperature after boiling.  I actually found Fenugreek at a local Mediterranean grocery so I am able to make this recipe exactly as written with all ingredients called for.  If you have trouble finding this spice, try local specialty food markets that specialize in middle-eastern, Indian or African import foods.

Now, are you ready to change your opinion of lentils forever?  If so, I hope you have your socks pulled on tight, because this recipe is going to knock them clean off…

Lentil Salad in Olive Oil with Egyptian Spices (Adapted from Clifford A. Wright).

While the lentils are boiling:

2. In a small saucepan, heat 3 tablespoons of olive oil over medium/low heat with the garlic, cumin, coriander, cardamom, and fenugreek.  As the garlic begins to sizzle and brown remove from the burner and set aside. Dice the parsley in food processor or on a cutting board.

3. After 25 minutes, take the lentils off the element and drain them in a sieve. Toss with the garlic, spices and olive oil. Add the fresh diced parsley and mix into the lentils while they’re still warm. Arrange on a serving dish drizzling another 1 tablespoon of olive oil over the top. Serve at room temperature. 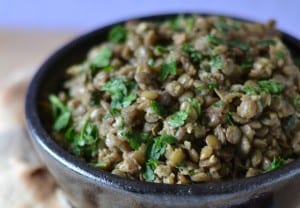 4 comments on “Lentil Salad in Olive Oil with Egyptian Spices (Adapted from Clifford A. Wright)”