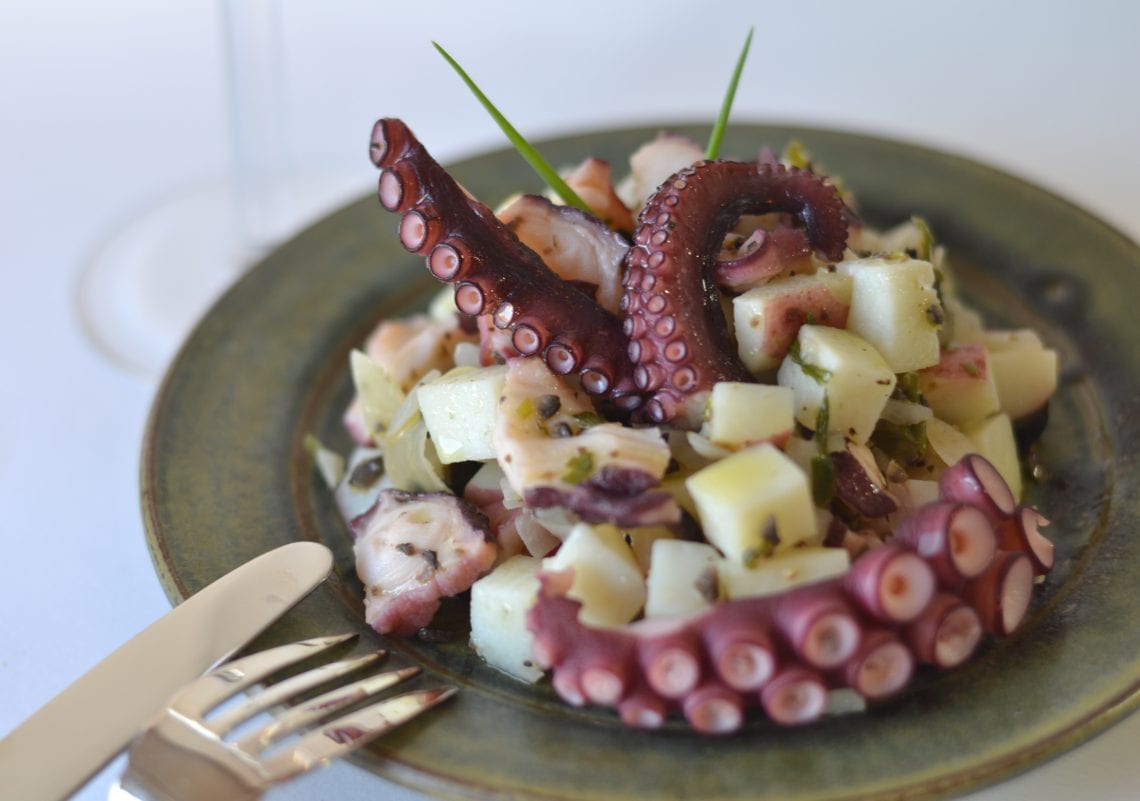 When I think of potatoes I think of comfort food: warm, soft heaps of boiled and buttered mash meant to stick to the ribs and keep us warm through the winter. The potato has long been looked at as a dull but comforting side-dish with little flavour that is best dressed with multiple toppings or whipped with salt and butter: Historically, however, this tuber has a colourful past.

The potato dates as far back as 500 BC to Peru and Chile where the Incas grew and cultivated them in the Andes Mountains.  Brought back to Spain on the ships following the Spanish conquest of the Inca Empire, the potato made its European debut in the mid 1500s.  English explorers then introduced it into English, Scottish and Irish environs where local cultivation eventually led to it becoming a staple crop. In fact, it was Sir Walter Raleigh who first brought the potato to Ireland and planted them at his estate in Youghal, near Cork.  Unfortunately those who consumed the plant ate the poisonous leaves, not the tuber itself, causing illness and the plant to become banned for a spell on the island.

The rest of Europe would wait until the late 1700s before the potato gained prominence there but not before it was shunned for many years as a food for the poor and feared for its poisonous properties.  And in perhaps its darkest hour, an airborne fungus called phytophthora infestans was brought back on the ships from North America infecting potato plants and eventually caused the Irish Potato Famine. In the mid 1840s, the blight caused potato crops in Ireland to become diseased and subsequently left a nation dependent on the crop to starve.  As a result, approximately one million people died and another one million left the country causing the greatest diaspora in Irish history and reducing the population at the time by approximately 25 percent. Today, the humble potato is far less threatening and plays as much a role as corn does in our diets:  It’s ubiquitous, plentiful and perhaps even taken for granted.  But why don’t we appreciate it more or give it centre stage it in the meals we make?  I asked myself that very question this week after preparing and tasting the recipe below which was sent to me from Academia Barilla.

What caught my eye with this recipe was the simplicity of it and the fact that it wasn’t over-done or drenched in mayonnaise like most potato-based salads are in North America.  I was also fortunate enough to get my hands on a bottle of Academia Barilla Monti Iblei DOP Extra Virgin Olive Oil so I could actually make the recipe with all exact ingredients called for.

Boil the octopus in salted water and onion for about 1/2 hour or until tender.  Take the skin off and cut in small pieces.

** I boiled the cubed potatoes for exactly 8 minutes cooking them fully but keeping them firm.

**I used ¼ tsp of sea salt and 2 tbsp of fresh, diced black olives in the dressing.

The end result was nothing short of delightful: An aesthetically pleasing, fresh dish exuding the flavours of summer which, for me, are synonymous with the sea and fresh vegetables.  What pleased me the most about this recipe was that it allowed for the subtle and natural flavours of the potatoes and octopus to come through.  The chives, olives and white wine vinegar provided subtle hints of their presence in the dressing while the olive oil did most of the work.

On its own, Academia Barilla’s Monti Iblei DOP Extra Virgin Olive Oil boasts a fresh, airy and slightly bitter flavor with peppery undertones that take a rather pleasant hold in the back of the throat while tasting it. Within the dressing itself the olive oil gave the recipe just what it needed to open up and enhance the flavours of the octopus and potato without drowning or masking them.  The subtle seawater flavour of the octopus paired with earthiness of the potatoes created a flavour combination that was near perfect and the olive oil rounded it all off very nicely indeed. This recipe demonstrated exactly what I had hoped it would: The potato is not the dull filler that we chalk it up to be and subtlety is key when dressing a potato dish.  Bellissima! 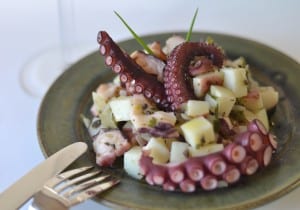