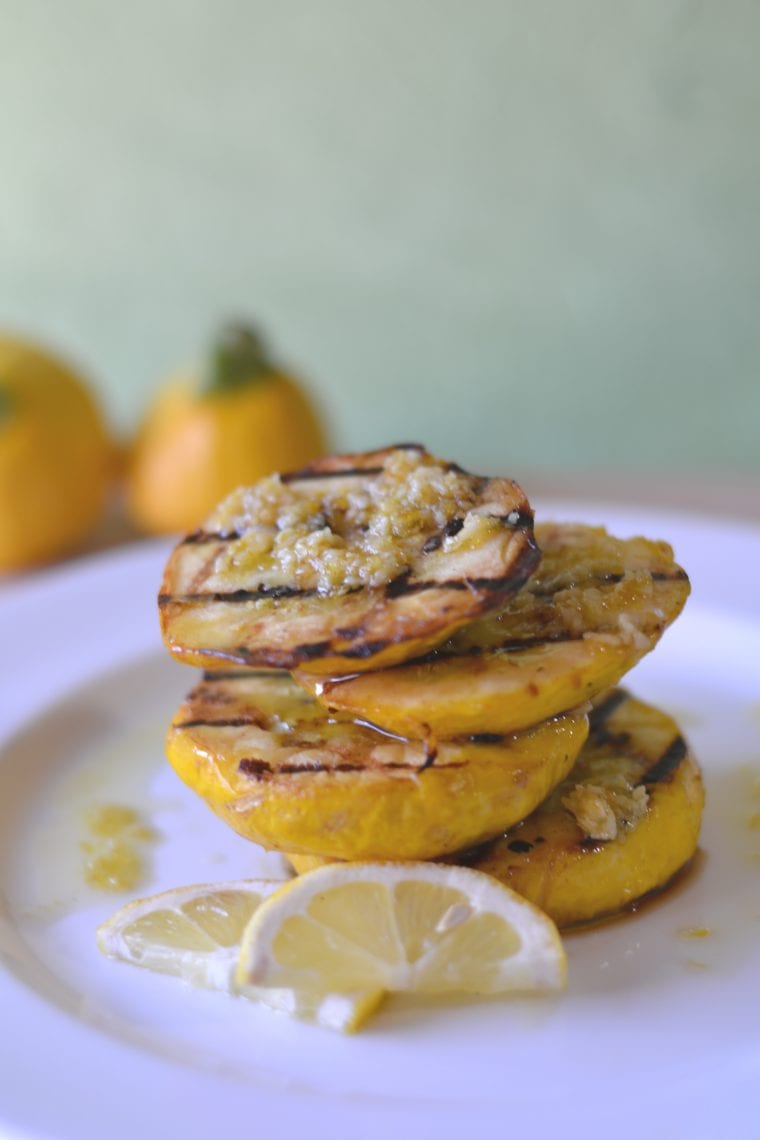 The delightful pattypan:  Not as popular as zucchini but twice as cute!

I know it’s summertime when I start to see pattypans popping up at the farmers’ markets.  And when they do, I snap them up.  The texture and flavour of this squash is far superior to any other and they go brilliantly with lemon and garlic.  Why they’re not as popular as other summer squashes are, I’ll never know! The pattypan (scallopini, button squash, pâtisson) is a round and flat variety of summer squash similar in texture to a zucchini and, like the zucchini, it is best when picked young and no larger than 3 to 4 inches in diameter.  Its texture is firm while its flavour is fresh, crisp and slightly peppery.  These squashes fry and grill very well!

Like the potato, squashes are a food of the new world with archaeological evidence suggesting it was cultivated in Central America as early as 8,000 to 10,000 years ago.  Historically, squash was known as one of the “three sisters” in Native American crop cultivation, the other two sisters being corn and beans.

For this particular post I decided to post a french preparation for the pattypan, and my personal favourite:  Grilled pattypans with garlic and lemon.  So simple and so tasty!

In a frying pan add all ingredients for the sauce and heat on low until the garlic has been lightly browned.  Remove and prepare the squash.

Slice each pattypan into 1/2″ thick slabs and sear on both sides in cooking oil in a pan until they’re lightly golden. Remove and grill each slab for one minute on each side or until grill markings are visible.  Stack 3 or 4 slabs and drizzle with the garlic, lemon and oil sauce.  Serve and enjoy! 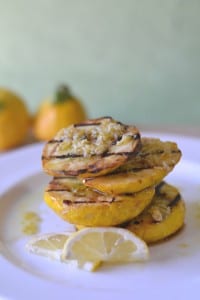