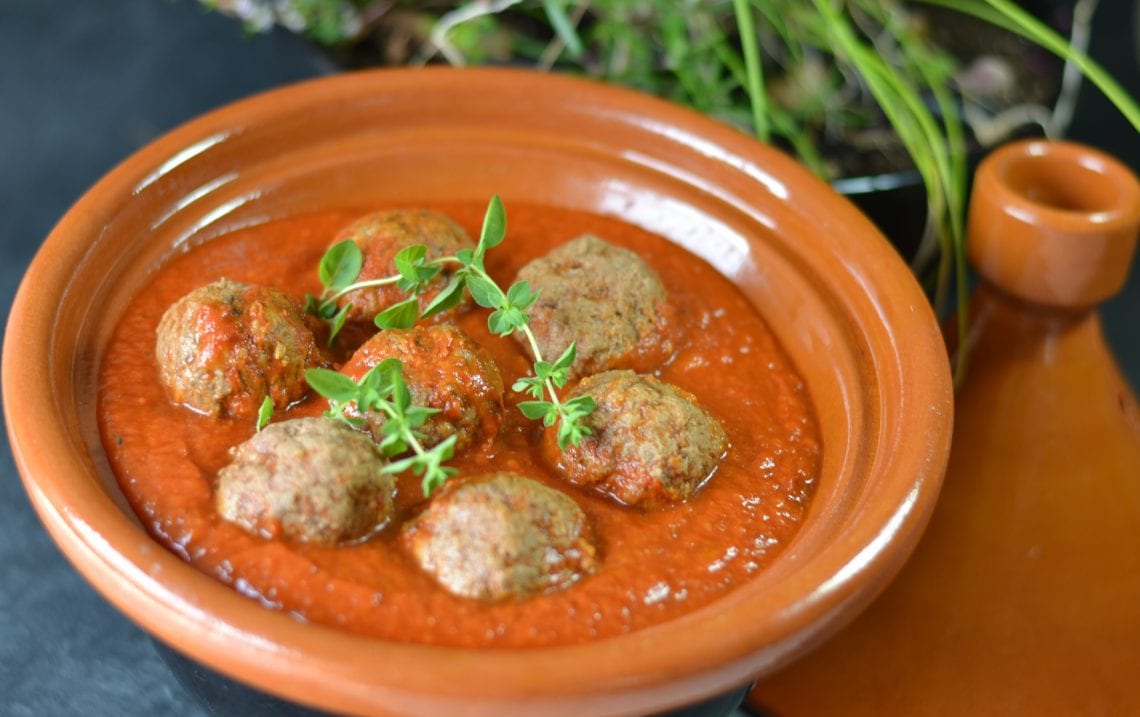 I recently purchased my first tagine pot at a local Halal butcher shop.  A tagine, or tajine (a Berber dish named after the pot itself), is a slow-cooked stew that is baked and served in an terra cotta dish with a conical lid. More common to Tunisia, Algeria and Morocco, tagine cooking has also become quite popular in western culture in recent years. With the right combination of meats, vegetables, herbs and spices, a good tagine can be quite a pleasing and flavourful variety of comfort food.

Historically, tagine cooking has been influenced and enhanced throughout history in the North African region by the Berbers, the Moors, Arab invasions, The Ottoman Empire, and more.

I decided to make a traditional Moroccan kefta (meatballs) and tomato sauce recipe for my first tagine, and boy did it please. Tangy, spicy flavours and gorgeous texture features prominently in this recipe. Let’s make it shall we?

This recipe will make approximately 16 meat-balls.  I am using a small tagine pot, approximately 9″ in diameter so I’ll have half leftover to freeze or make another order with.

Mix all the ingredients for the kefte from the recipe-card sidebar on the right in a food processor except the ground beef.  Pour the mixed ingredients over the ground beef in a mixing bowl and mix it by hand.  Set aside and make the sauce.

Mix all of the ingredients listed for the sauce from the recipe-card sidebar on the right in a food processor until chunky.  Let stand.

Using some flour in the palm of your hand, roll 7 to 8 meatballs and place them into the tagine pot base approximately 1 cm apart.  Pour the sauce straight from the food processor onto the meatballs and spread it evenly over and around them.  I did not reduce the sauce at all beforehand as I find it reduces well in the cooking process in the tagine pot.

Cover and bake for one hour and serve with a side of coucous or bulgur wheat.

Bon appetit! Good eating to you… 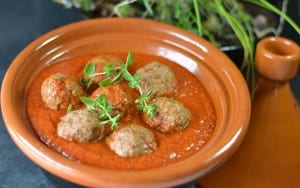