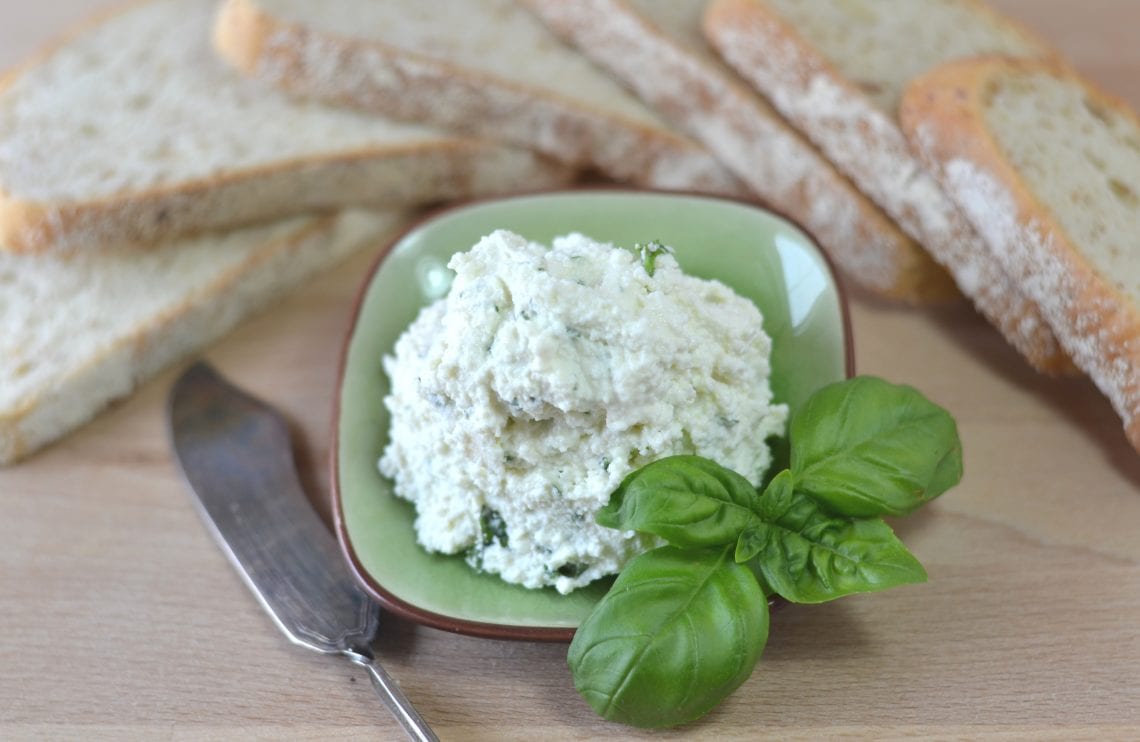 Cheese.  By God if there is a food product that I cannot get enough of, it is cheese.  I was asked a very interesting question once:  If I was forced to give up one of these two foods; chocolate or cheese, which would it be?  There was no question in my mind.  I’d happily give up chocolate any day to keep the cheese.

With this cheese recipe I have decided to focus on a french favourite, chèvre, or goat’s cheese.  It’s brilliant all on it’s own lightly salted or infused with herbs, spices or fruit to ‘dress it up’ a little.

Pour the goat’s milk, buttermilk and salt into a large pot.  Heat the milk on high whisking constantly during the heating process.  The milk will begin to flare up as it boils, when it foams turn the element off immediately.  Slice two lemons in half (removing seeds) and squeeze the lemon juice into the pot of hot milk.  Almost immediately a separation will occur between the curds and whey.  Little Miss Muffet would be all over this!

Prepare a sieve with cheese-cloth over it and pour the curds and whey into the sieve to strain the whey from the curds.  Let it drain for an hour.   In a food-processor, or by hand, dice up five basil leaves and carefully stir them into the curds in the cheese-cloth.  Tie the cloth off at the top by twisting it and draining as much fluid out of it as possible and place it in the fridge overnight with some weight on it (I use a marble mortar) in the sieve over a bowl to catch any remaining whey.  The next morning you will have a delightful, basil-infused chèvre that you can spread on to french bread, make baked eggs with, or enjoy with some fresh fruit and crostini. 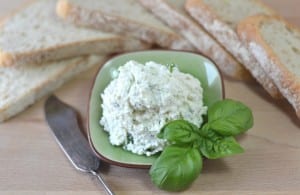